A man from Lancashire who police arrested for badger digging and baiting after using DNA from his dog to catch him, has been handed a suspended prison sentence. 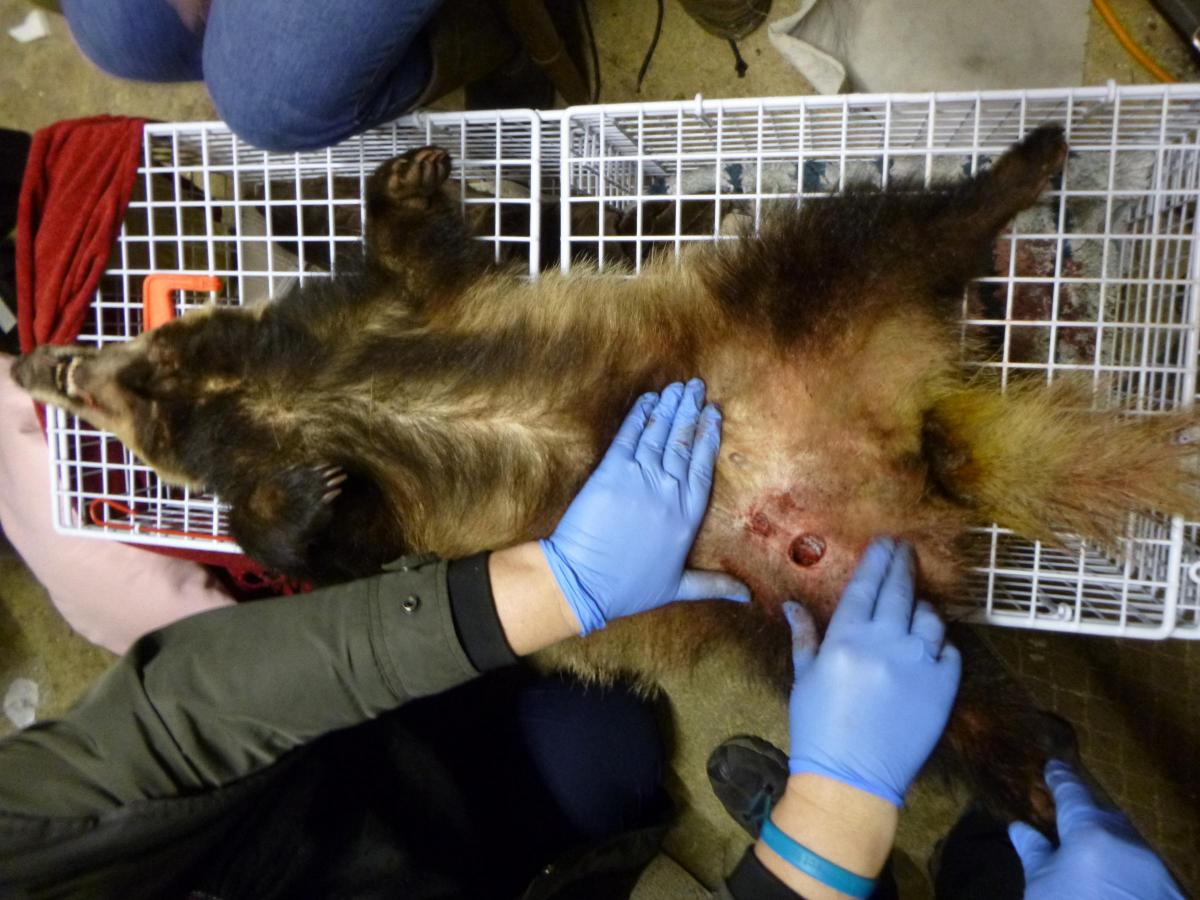 Jack Starkey, 29, appeared at Blackpool Magistrates’ Court on Thursday December 12, where he admitted two offences under the Protection of Badgers Act and one under the Animal Welfare Act.

He was due to stand trial for a number of offences under both Acts but he pleaded guilty before the trial was set to commence.

Starkey, of Hodder Avenue, Fleetwood, was also banned from keeping dogs for eight years after pleading guilty to badger digging and baiting.

On February 3, an RSPCA officer was called to rescue an injured badger from Bluebell Wood in Denton, Greater Manchester, and took it to a vet where they identified that the animal had been attacked by a dog.

Unfortunately, the badger couldn’t be saved.

The following day, Chris Heyworth, an officer from the Special Operations Unit – tasked with investigating serious and organised animal crime such as animal fighting and wildlife offences – was contacted by Lancashire Badger Group who had been made aware of the incident in Denton where a badger had been attacked and a sett had been dug.

Inspector Heyworth went to the scene, which was located just 70 yards from a road.

He said: “Unfortunately I’ve seen many disturbed badger setts and examples of badger digging in my 28 years as an RSPCA officer and it was clear this sett had been recently dug.

“In badger digging, a terrier is typically sent into the sett wearing a tracking collar and will corner the badger so the people above ground can dig them out.

“A large hole is dug – commonly referred to as a crowning point – and the badger is pulled out often by a large bull lurcher type dog.

“A seriously injured badger was discovered at the scene the previous day and taken to a vet but, sadly, had to be put to sleep due to the severity of the wounds.”

Information led to a suspect and the RSPCA approached Lancashire Police for assistance executing a warrant on February 12 at an address in Hodder Avenue.

Three dogs were found inside, two with extensive scarring and one with an open sore on his leg.

Occupants at the address said the dogs belonged Starkey and he was contacted for interview.

Inspector Heyworth added: “We took DNA swabs from the badger’s wounds and these were later compared with DNA taken from the three dogs seized from Mr Starkey.

“Two were ruled out but results showed that a rare type of DNA – found in only one in 100 dogs – which was found on the badger was also present in the third dog.”

Starkey was charged with offences of attempting to kill a badger, digging a sett and causing suffering to one of the dogs in his care.

He was sentenced to16 weeks in prison, suspended for 12 months, and was handed a 20-hour rehabilitation activity requirement and ordered to complete 100 hours of unpaid work.

The court deprived him of one of the dogs and the other two were seized.

He was also banned from keeping dogs for eight years.

The dogs remain in RSPCA care and will now be rehomed.

“It will send out a message to those who continue to persecute badgers within the county and further a field.”