A counter-terrorism police document distributed to medical staff and teachers as part of anti-extremism briefings included Greenpeace, Peta and other non-violent groups as well as neo-Nazis, the Guardian has learned. 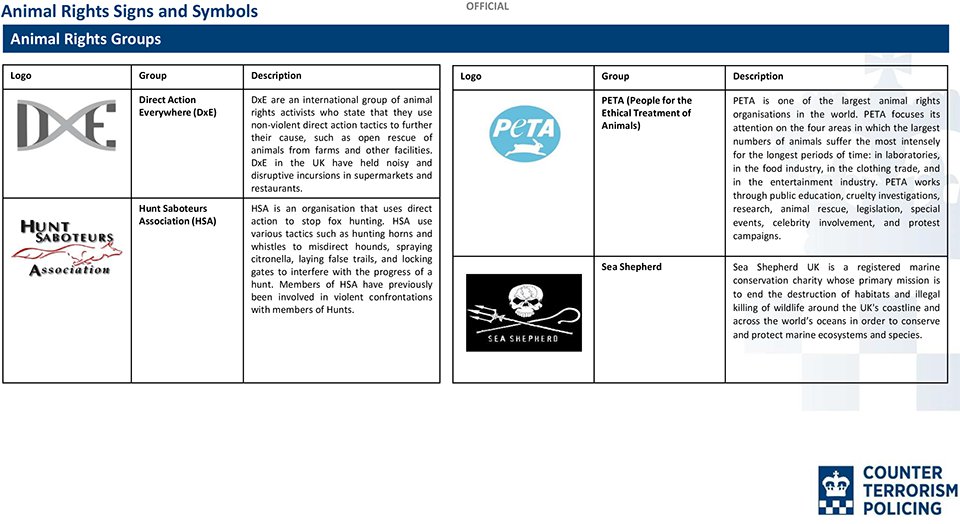 The guide, produced by Counter Terrorism Policing, is used across England as part of training for Prevent, the anti-radicalisation scheme designed to catch those at risk of committing terrorist violence.

But the list of groups viewed as a potential concern contained in the new 24-page document includes Extinction Rebellion. It also includes Greenpeace – among whose supporters are Dame Judi Dench, Stephen Fry, Gillian Anderson and Joanna Lumley – and the ocean pollution campaigners Sea Shepherd, whose supporters include Sean Connery and Pierce Brosnan. Also included is Stop the Badger Cull, which is backed by Sir Brian May, the Queen guitarist.

Read in full at The Guardian